Over the span of April 30 to May 4, 2014, the Pacific Coast Region (PCR) of the National Model Railroad Association (NMRA) held its annual convention in San Luis Obispo, California. San Luis is one of my favorite parts of California, and though I would normally go anyway to a PCR convention, this one was a must.
At one time, San Luis Obispo was a division point on the Southern Pacific’s Coast Line, and the area I model on my layout is only 20 miles away to the south. I have posted previously about visiting this area to get landscape information (see it at: http://modelingthesp.blogspot.com/2012/11/visiting-area-you-model-part-2.html ) The handsome Spanish Colonial depot, completed in 1943, still stands and in fact is in daily use by both the Coast Starlight and Surfliner Amtrak trains.

Yes, that’s my Miata parked at the curb. Back in 1991, I took a similar photo of my previous Miata in the same location; it’s on page 137 of Thompson and Signor, Coast Line Pictorial, Signature Press, 2000.
The old SP freight house has survived, and now has been turned into a railroad museum, still getting its feet on the ground and currently only open one Saturday a month, but plans are to have it open much more frequently in the future. That’s a narrow-gauge Pacific Coast Railway box car alongside.

San Luis Obispo grew up around, and is named for, its mission, founded in 1772 (which of course was before the American Revolution) and still one of the best-preserved and handsomest missions in California. 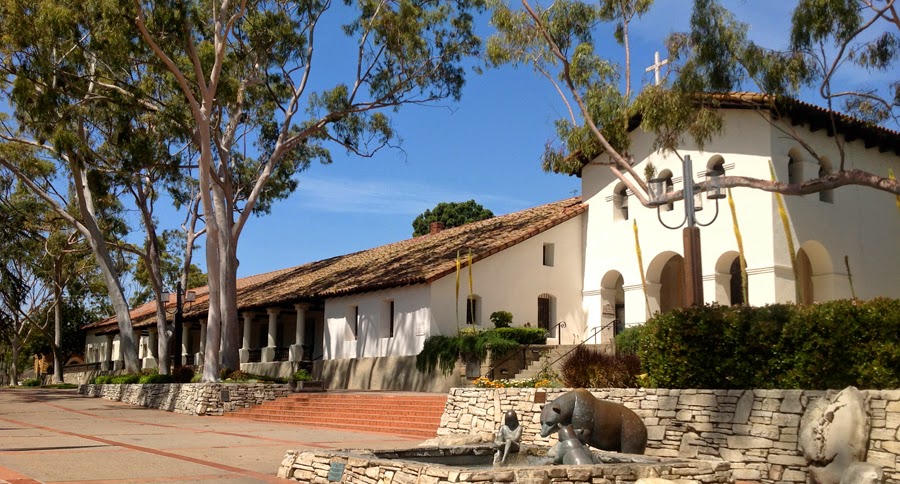 Because San Luis is a college town (Cal Poly), the opportunities for fine dining as well as delights such as craft beers are well in excess of what one might expect for a town of its size. Shown below is a microbrewery I particularly like; it has an open dining balcony overlooking the creek. 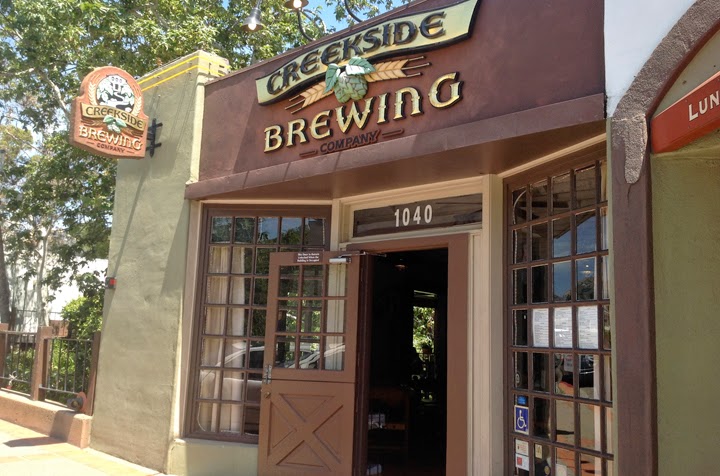 The model contest at the convention was not terribly large in number of entries, but as always in PCR, had very high quality. I really admired a string of SP water cars for fire service, each displayed over a mirror so underbody plumbing as well as brake gear could be viewed. They were built by PCR contest chair Joseph Aymar. 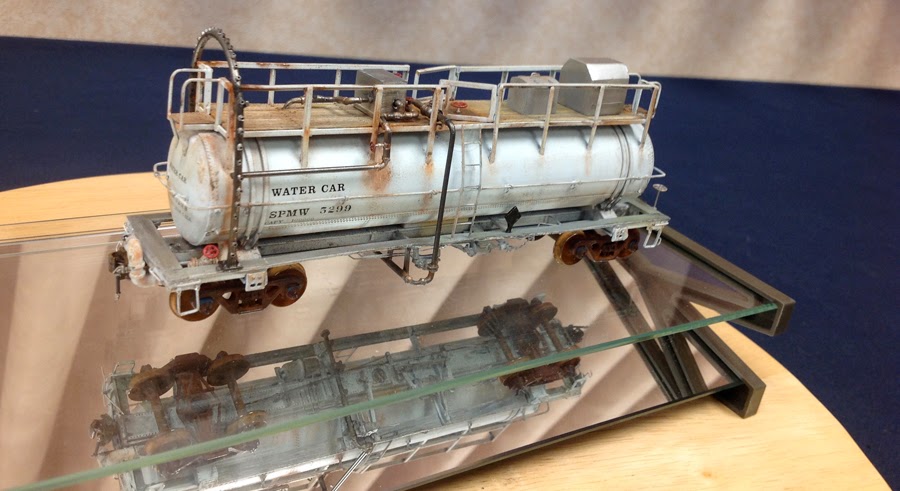 Here’s another contest entry I rather liked, an O scale diorama by Jack Burgess, showing a Yosemite Valley maintenance crew taking a break (that’s a Fairmont weed burner and associated equipment), complete with line poles and wires overhead, and April’s lupine and California poppies. Jack assured me that the YV really did burn weeds in April. 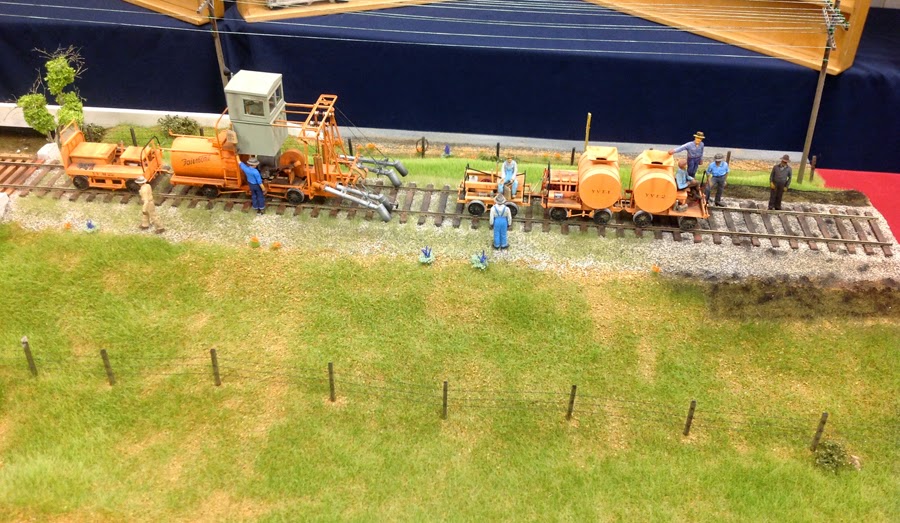 All in all, a fine convention in a fine town. My only gripe is that the clinic rooms were way too small and overcrowded. But I had fun, gave a clinic on tank car modeling twice, attended a layout operating session, and as you can see, found time to get around town and see and enjoy the sights.
Tony Thompson
Posted by Tony Thompson at 10:28 AM