Another useful publication on Operation

In a previous post, I commented on the recent Second Edition of Tony Koester’s Kalmbach book, Realistic Model Railroad Operation (you can see that post at: http://modelingthesp.blogspot.com/2014/03/tony-koesters-recent-operations-book.html ). Within that post, I also praised Bruce Chubb’s book, How to Operate Your Model Railroad, first published in 1977, a large and immensely informative book which is no longer in print.
A comment to that post by George Corral mentioned that Kalmbach has also issued another publication with the same title, How to Operate Your Model Railroad, as a Special Issue of Model Railroader in the summer of 2012. Here is what the cover looks like: 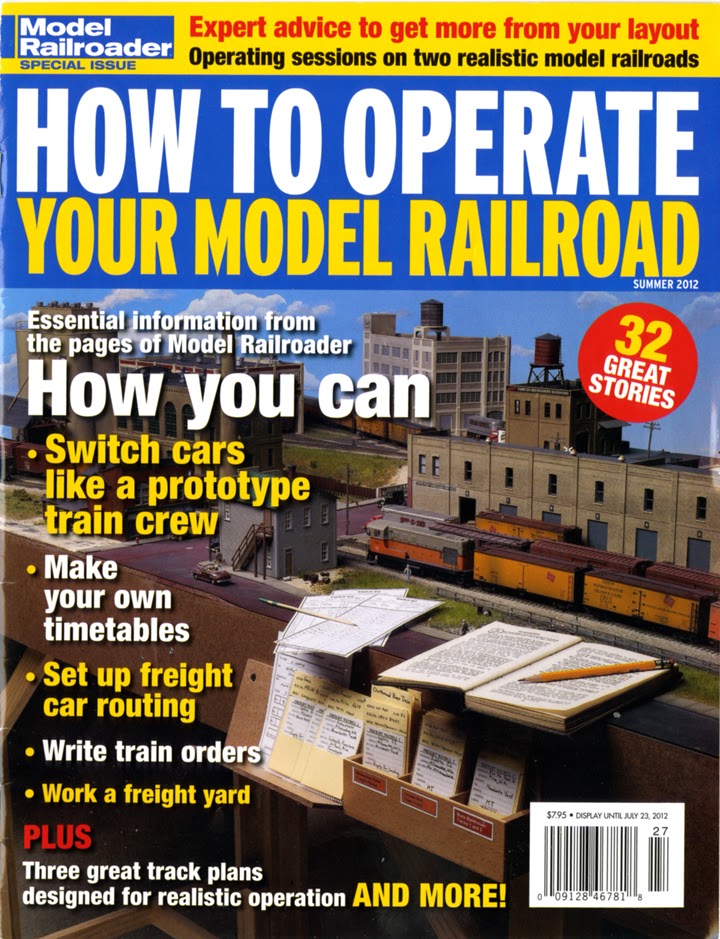 This issue is still available for purchase, direct from Kalmbach, at this link: http://www.kalmbachstore.com/modeltrains-railroading-model-railroading-special-issues-model-railroader-magazine-special-issues.html . It costs $7.95, and I would definitely recommend it. A number of the pieces in it, by Andy Sperandeo, were drawn from his column in Model Railroader, entitled “The Operators,” and others come from a variety of past articles in the magazine. One could thus say that it is in large part a collection of previously published material; still, having it all in one place is convenient, and I think that in this form, its impact is greater than the sum of its parts.
In my opinion, overall, it is a valuable and very readable publication. I can recommend it in particular for its compact presentation of the basics of model railroad operation, especially if you don’t know too much about the subject already.
Tony Thompson
Posted by Tony Thompson at 10:49 AM