In 2003, over a decade ago, Kalmbach issued a new book on model railroad operations, authored by Tony Koester and entitled Realistic Model Railroad Operation. Although it contained rather less than half as much material as its predecessor, Bruce Chubb’s masterful Kalmbach book from 1977, How to Operate Your Model Railroad, the new book contained much better model photography and had the quality writing we have come to expect from Tony Koester. And of course it reflected the many changes in model railroading since 1977. Still, I continue to urge those beginning to learn about operation to obtain a used copy of Chubb’s book, just because it is so complete and informative. Here is the cover of the Chubb volume, which as I said is well worth acquiring if you don’t have a copy. 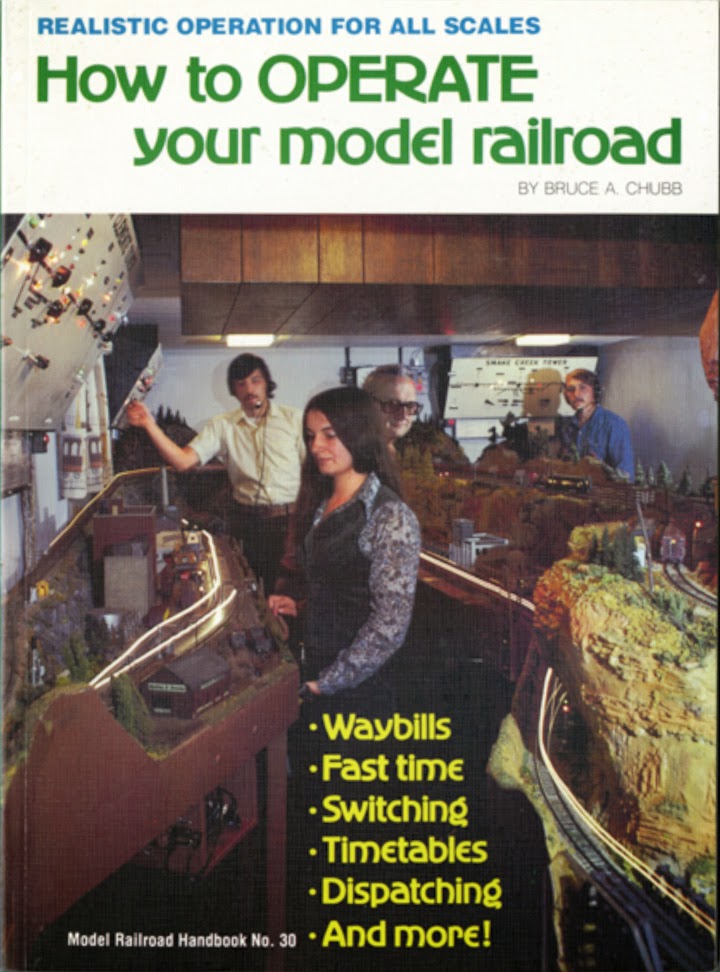 What replaced Chubb’s book in the Kalmbach universe, what you might call a summary version of the material, authored by Tony Koester, was designed by Kalmbach partly to get this title into the style, size and price point of their other softbound books. One could criticize the reduction in content, but the book was probably a great help to many, simply in that it was much briefer and illustrated with photographs from a range of model railroads, while maintaining the definite connection to the practices of the prototype which Chubb had emphasized. 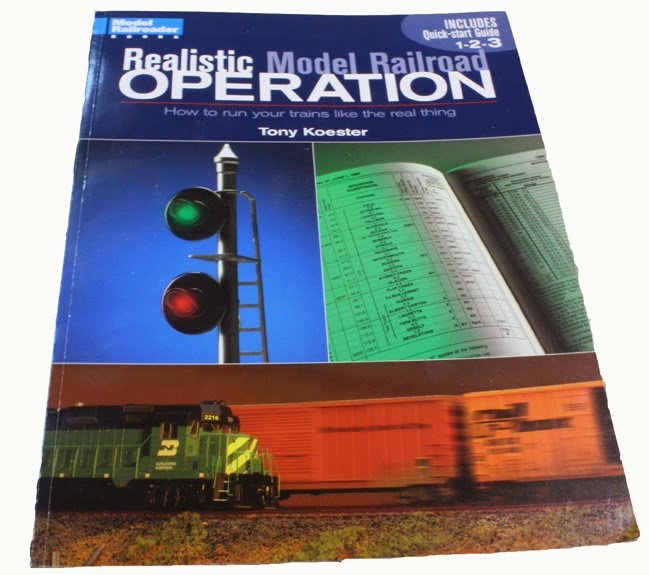 But just as one could recognize in 2003 that many things had changed since 1977, the same was true in 2013 since 2003, and Kalmbach again asked Tony Koester to re-do the book. Last spring Tony completed work on an updating and revision of the book contents, and it was issued as the Second Edition of the same title. The new version captures many new ideas and approaches, while replacing a few older aspects of the topic. 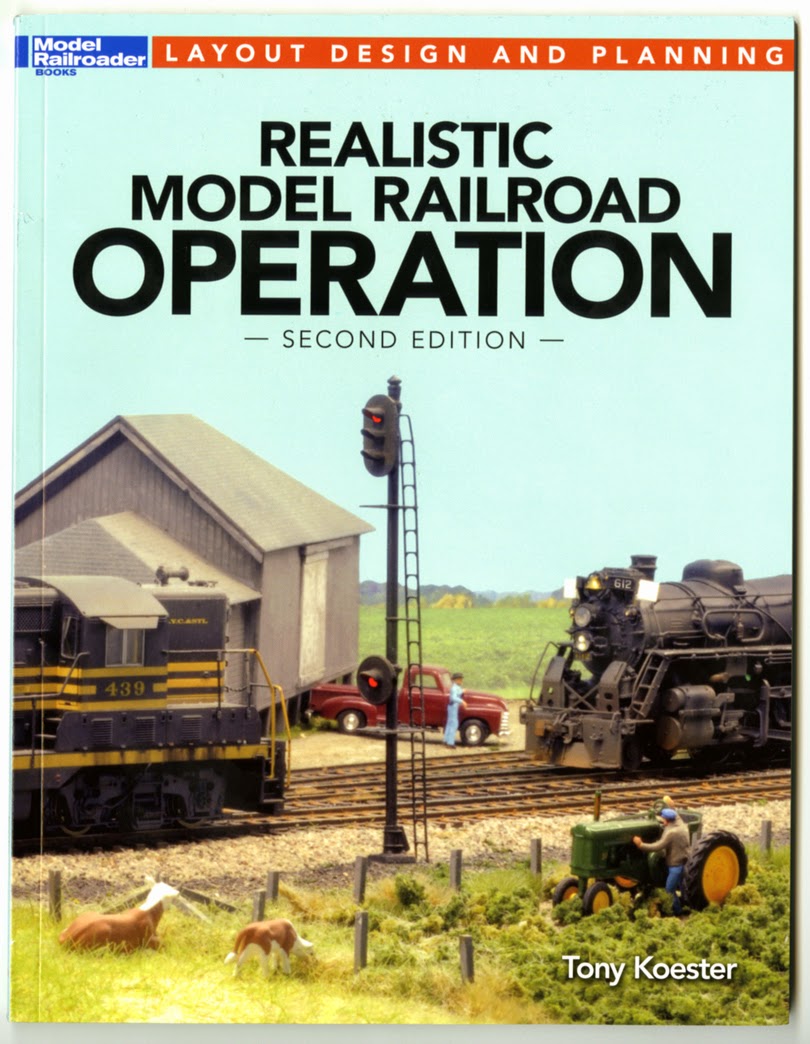 The new volume nicely encapsulates, among other things, all the changes in thinking about waybills in model railroad practice, in a new Chapter 7. Tony has generously given credit to many of those who have contributed to these ideas, including me, and I think his presentation in that chapter is sound and complete (as is the whole book). The new edition will be a welcome discovery to those not yet involved in operation, and is likely to have a few thought-provoking sections even for the experienced operator. I warmly recommend it.
Tony Thompson
Posted by Tony Thompson at 8:09 PM