In Part 1, I mentioned a series of blog posts from 2014 about developing my fleet of model Pullman heavyweight sleepers, appropriate for my 1953 layout and operating on the Southern Pacific Coast Route (you can see that post at: http://modelingthesp.blogspot.com/2018/02/my-pullman-projects.html ). The models I showed in that post, and the data from the Wayner Pullman car list, represented the most common body type, the 12-1 (12 sections, 1 drawing room). But SP also really liked two other floor plans with more rooms, one of which was the 8-1-2 (8 sections, 1 drawing room, 2 compartments). That was among the floor plans described in the Mainline Modeler series from 1981 on modeling Pullmans. The drawing below shows at a glance how different a 12-1 and an 8-1-2 were inside, and naturally this is reflected in the window arrangements.

In setting out to model the 8-1-2, the Mainline article clearly showed the changes that needed to be made for this particular car. The great insight by series author Thomas C. Hoff is that Pullman heavyweight bodies were essentially identical outside, except for window arrangement. Thus many floor plans can be modeled, just by rearranging the windows. That means removing windows that are in the wrong place, and replacing them (and adjoining panels, if necessary) to get the windows in the right place.
The process illustrated by Hoff begins with removing “wrong” windows, shown here with the use of a slitting saw. But this saw isn’t essential. As long as the cuts in this step stay away from the top and bottom sills of the windows, they can be done with any cutting tool that the modeler is comfortable with. 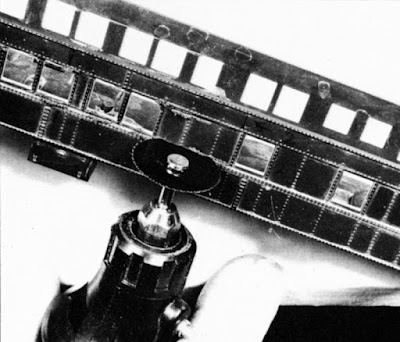 Then the rough opening(s) can readily be filed to exact size. As I mentioned earlier, the real challenge here is not to remove too much material. The Rivarossi styrene is quite soft, and cutting and filing is almost too easy. Next, the cutting and filing process is repeated on a sacrifice body, to get new window sections. They are sized as a gentle press fit, then flooded inside with styrene cement. 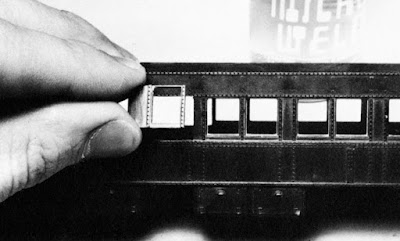 This may sound challenging, but in fact it is amazingly fast and easy. I went ahead and modified a Rivarossi 12-1 body with the 8-1-2 window arrangement, guided by the Hoff articles.
Once again, I consulted the Wayner book for information on particular 8-1-2 cars owned by SP or Pullman. There were a couple of them in Pullman’s “Rock” series, and I chose the name Rock Pass for this car. Shown below are the relevant entries, and also shown is some information on tourist sleepers, another body style I wanted to do. My goal was to operate a few credible cars still in Pullman ownership, and I chose these two types. (Again, you can click to enlarge.) 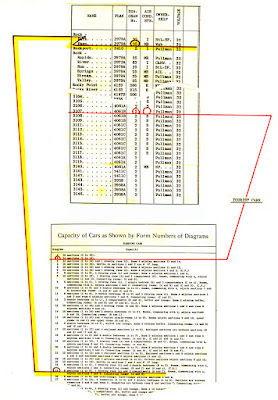 The brown and yellow line shows that Rock Pass conformed to diagram 25 and was floor plan 3979A. It also shows that the car was later sold to the Wabash, but I have been unable to confirm when that took place. Some of the railroad purchases from Pullman were delayed in execution, even though a selection had been made. Here’s the completed model, lettered as still owned by Pullman.

The red line in the table graphic above is for a particular “tourist” car. Pullman at one time built a substantial number of 14-section and 16-section tourist cars that could be marketed for reduced fares because more passengers were carried. Some were air conditioned, many were not. I decided to model one that was both un-air-conditioned and remained in Pullman ownership, thus could be lettered “Pullman” on the letterboard. It is car 3107 in the listing above, a 14-section car.

Hint: any car with sections can readily be enumerated by counting the paired windows along the car center. In this 14-section car, there are 7 paired windows (each side), thus 14 sections.
Both these cars can operate occasionally in my Coast Route trains. Both are Pullman “overflow” cars but both car types saw extensive service on SP, so are reasonable additions. But this is not the end of my projects on model Pullmans. There are more posts to come.
Tony Thompson