Placard use on tank cars, to identify specific cargoes and warn workmen about the hazards associated with them, is a familiar topic. I have discussed the content and appearance of these placards in both the prototype (see: http://modelingthesp.blogspot.com/2012/03/tank-car-placards-prototype.html ) as well as ways to model the different forms of the placards (see: http://modelingthesp.blogspot.com/2012/03/tank-car-placards-modeling.html ).
But placards are applied to other types of freight cars besides tank cars, and the presence of placard boards on sides and ends of house cars is a familiar modeling detail, familiar on box and refrigerator cars. I mentioned applying a placard to a model box car in a recent post (which you can view at: http://modelingthesp.blogspot.com/2013/10/evaluating-freight-car-fleet-upgrade.html ) and that stimulated an email question from a reader, asking if I would say a little more about these kinds of placards.
There have been a number of boxcar-type placards in various decal sets, but the best commercial set of placards I know of is the Jaeger set (no. 2100) which I mentioned in my post about the box car placard, cited above. These are on very thin card stock, and cover a lot of possible placard messages. They include “unload this side,” “unload other side,” “careful, auto parts,” “do not hump,” “fragile, clay products,” “paper, handle carefully,” “appliances, handle carefully,” and others. Given that they are in HO scale, the identical type face and arrangement of them all is not a problem.
Over the years, I have picked up discarded prototype placards around freight yards and sidings. A few of these are distinctive and I think deserve model use. I show a few of them below. First, a white placard, which is sized at 12 x 10.5 inches. 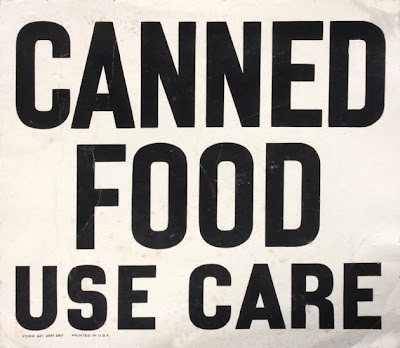 The color is usually manila or white, but this next example demonstrates that not all placards are so plain. It is 11 x 9 inches. 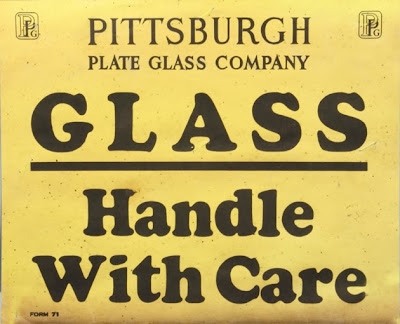 Of course, any white placard on paper or cardstock could be colored with a “highlighter” marker, in yellow or other colors.
Here is another example, which is 12 x 9 inches. 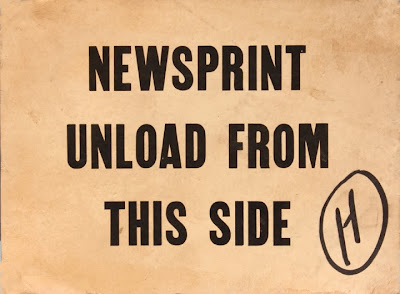 Note that a clerk has made a notation on this one.
Finally, an “unload this side” placard which looks quite different from the Jaeger version of the same wording. It is 14 x 7 inches. It is also of quite different proportions, compared to the ones shown above.

It may be noted that the maximum dimension of all these placards, 14 inches, is well within the width of the wooden part of a placard board, usually 22 to 24 inches on the prototype.
These kinds of placards are readily turned into HO scale objects by scanning or photographing them to make a digital file, dividing their dimensions by 87, then printing them on a high-resolution color printer, available at most copy shops. I will show examples of these in model form in a future post.
Tony Thompson
Posted by Tony Thompson at 9:45 AM