Looking back (Ballard has come a long way)

I was browsing some layout photos, taken awhile back, and in some areas was struck at the degree of change (progress!). In particular, with the repair of the Ballard hill (described in a series of posts, concluding with this one: http://modelingthesp.blogspot.com/2014/01/repairing-ballard-hill-conclusion.html ), the town connections are now radically changed for the better.
Here is a photo taken facing toward the future location of the Ballard hill and the Ballard tunnel portal, looking railroad west (approximately geographical northeast). There is no sign of the hill or the tunnel, and the view is largely down into the layout supports. 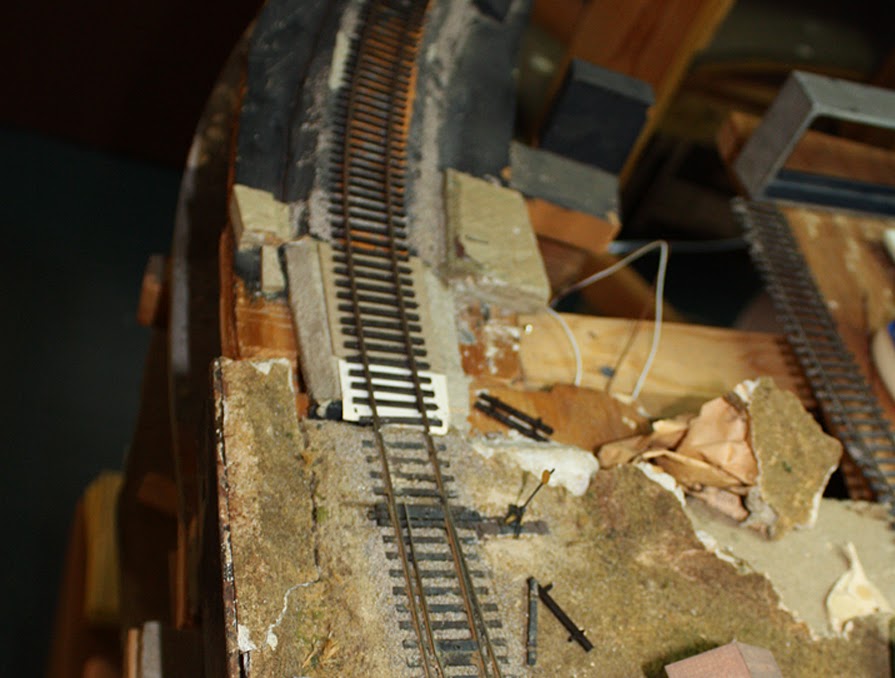 The switch stand at bottom center is perhaps the only feature in this photo which is recognizable today. To demonstrate, below is a recent view of the same area. The switch stand is just visible to the right of the portal. (You can click on the image to enlarge it.) 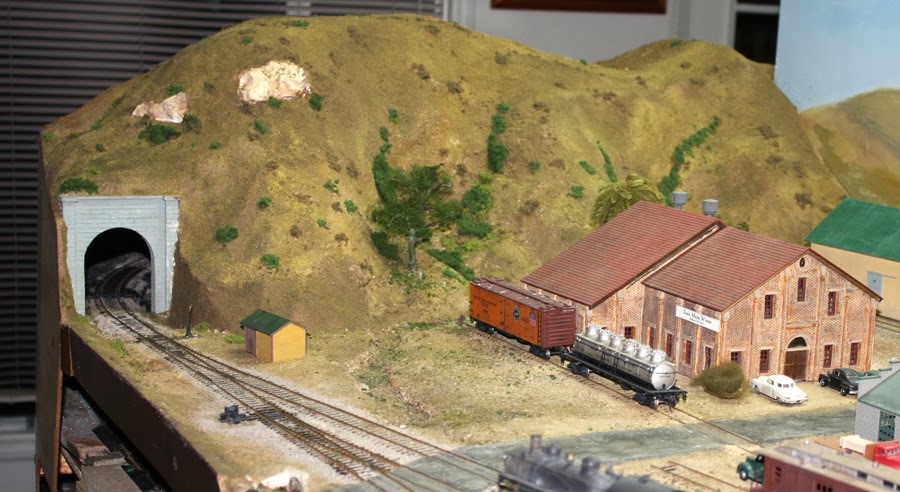 Another older view, in the opposite direction, railroad east or geographical southwest, shows a view from what would become the hillside above the tunnel portal (this and similar views are in my first post about the Ballard hill, at: http://modelingthesp.blogspot.com/2013/11/repairing-ballard-hill.html ). 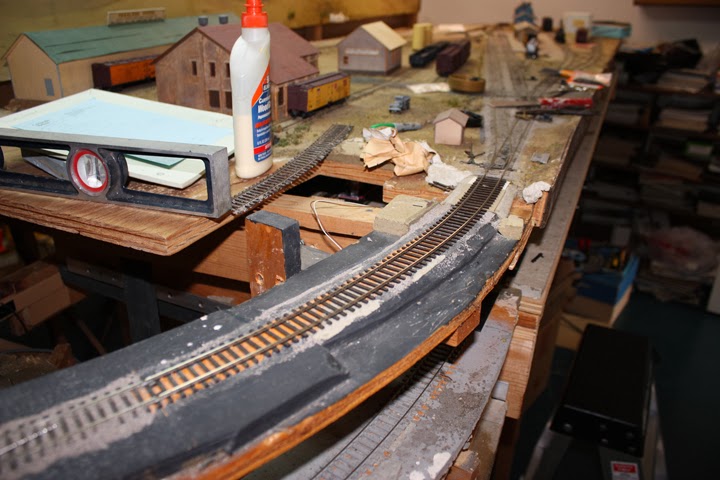 Here again, no sign of the hill or even of the fascia. A couple of structures are in their correct places, temporarily until other repairs can be made. Tools and materials litter the area.
A more recent snapshot with about the same perspective shows the difference, from right above the tunnel portal. Nipomo Street crosses the tracks in the middle distance. 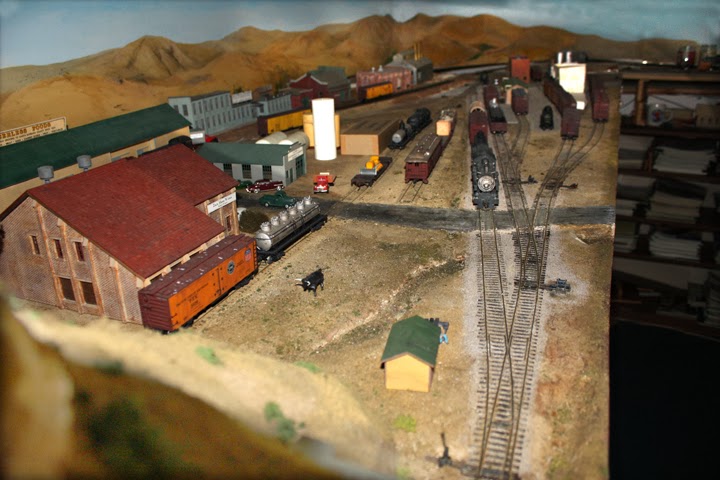 I have for years taken “layout progress” photos from time to time, often simply walking around the layout and getting a snapshot of each area, both when I had my layout in Pittsburgh, and here in Berkeley. These can be very interesting to view in later times, and to me, this set of Ballard photos epitomizes that.
Tony Thompson
Posted by Tony Thompson at 8:34 AM