I have been gradually assembling various parts of the consist for my Southern Pacific Coast Line mail train, nos. 71 and 72. In Part 4 of this series (see: http://modelingthesp.blogspot.com/2014/06/modeling-sp-passenger-cars-part-4.html ), I described my modeling of express box cars. In that same post, I provided links to the three previous posts, which provide various items of background information.
The modeling point I want to address in this post is diaphragms. For models, these have been available in generic form over the years, in many levels of detail and quality. Today, “generic” is no longer necessary, because there are beautiful kits of really fine diaphragms from Hi-Tech Details. You can see good photos of them at their site, http://www.hitechdetails.com/Hi-Tech-P_Car_Diaphragms.html . For that special passenger car, or any cars which may get switched into or out of passenger trains, or cars which run at the end of trains, where you want end details to be seen and appreciated, these would be superb. For head-end cars, though, many railroads, including SP, used a simpler design of diaphragm.
What did these look like? I will show just two types; more can be seen in the excellent volume on head-end cars, Volume 3, from the SPH&TS series, Southern Pacific Passenger Cars. First, a common pattern with a raised top edge, shown in a photo of a Class 70-B-5 car, SP 6488, taken at Oakland on November 17, 1951, by Wilbur C. Whittaker. The diaphragm can be interpreted as having four main parts: two side folds, a top spring mount, and a striker plate. Note in this photo that the side “folds” are simple and do not reach to the top of the fixture, and that there is a spring mounting at the top. (Click to enlarge.) 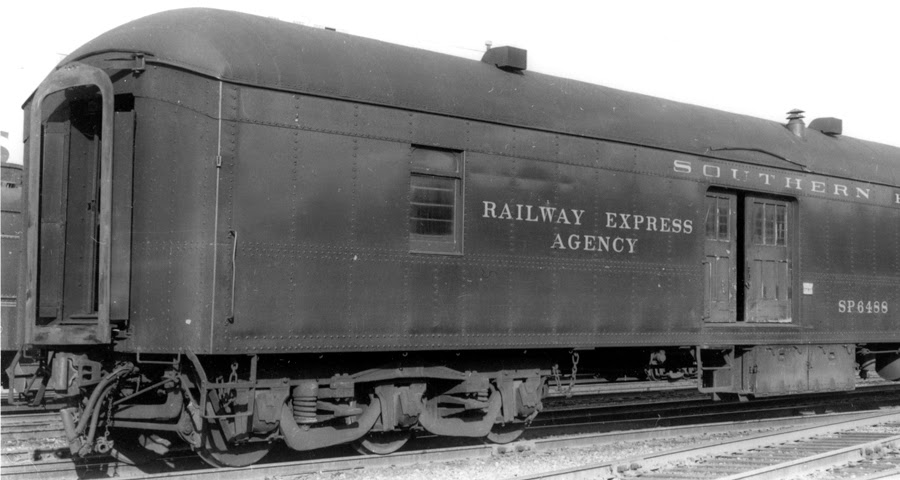 Another common type has a flat top shape, but otherwise appears very much like the one above. This is shown on SP 6188, a Class 60-B-2 car at Oakland on April 13, 1951, taken again by Will Whittaker.

The “fold” on the near side appears missing, not an uncommon sight.
For these kinds of head-end diaphragm, I usually make my own, because it is fairly simple. Here’s how.
Now 30 (!) years ago, I published an article in Prototype Modeler (Vol. 7, No. 6, March-April 1984), about kitbashing SP 70-foot baggage cars. In that article I showed a method for modeling the simplified diaphragms that SP used on head-end cars. My diaphragms have the same four parts as those shown above: two side folds, a top spring mount, and a striker plate. I make the striker plate out of 0.010-inch styrene sheet, either following the drawing below, which is from the article, or making a flat top. (The pointed top is probably drawn too sharply; compare SP 6488, above.) 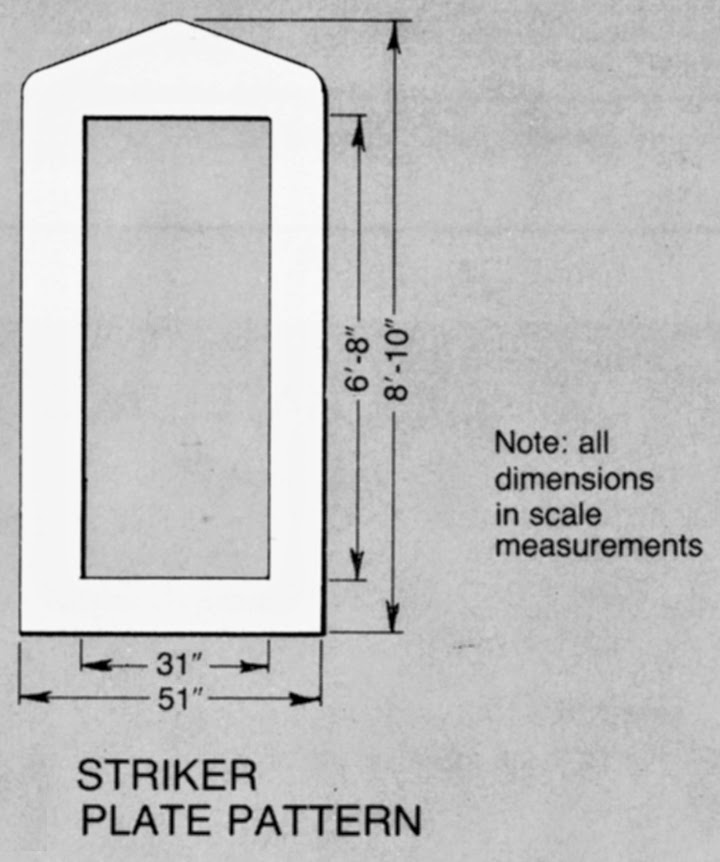 The easiest way to use this drawing is to make a cardboard template of it, which can be traced onto the styrene for as many plates as you wish to make. When traced, these exact-size templates give a slightly oversize styrene part, which then is easy to size and profile with a small file to final shape and dimensions.

Then I make a single-fold piece (about 6 scale feet high) for each side, sometimes with 0.005-inch styrene sheet, sometimes with paper, and add a D-shaped folded strip of the 0.005 styrene, as shown below (also from the article). The parts are body color. 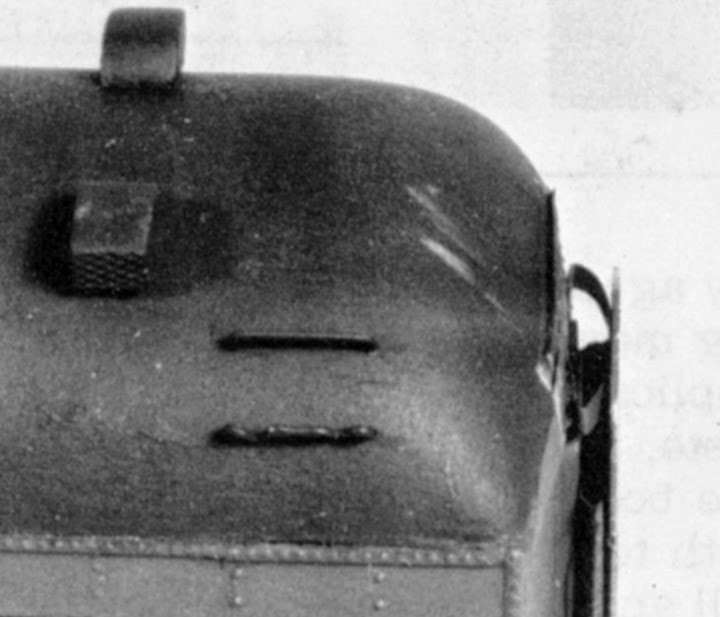 When installed on the car, the striker plate can be painted body color if the car looks freshly painted. Otherwise, the plates of adjacent cars rub together continually and paint gets rubbed and scraped. Many cars in service show no paint at all on these plates. I have painted most of mine a dirty steel color, with rust streaks, and usually with little or no body color paint remaining. This car is my Athearn kitbash. 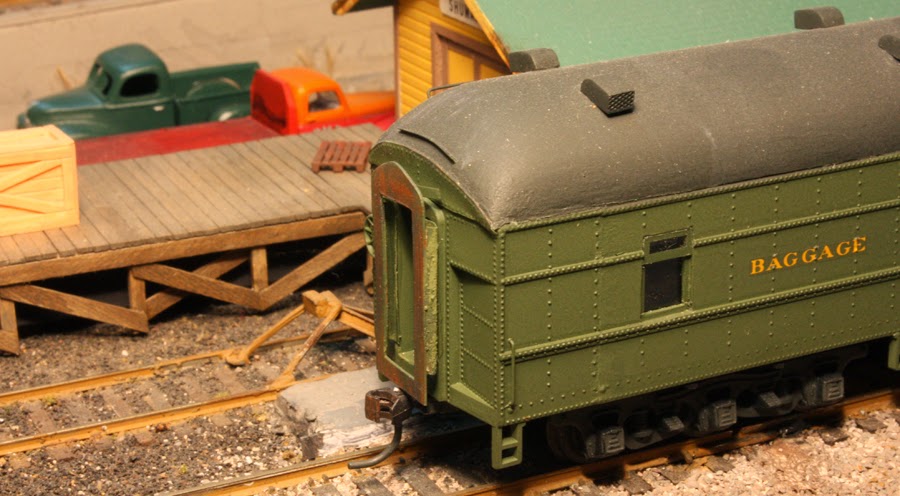 It’s worth emphasizing that regular passenger cars on the SP, as on other railroads, had more complex and complete diaphragms, compared to these head-end versions, for the obvious reason that the public would be passing between the cars. For those cases, the Hi-Tech Details parts are superb. But in this post, only the head-end type is shown. My way of making these diaphragms is pretty easy to do. Moreover, this diaphragm, though simplified, does look like SP’s application.
Tony Thompson