I discussed awhile back the problems one can have in making a graceful connection between the layout surface and its backdrop. My main concern then was the backdrop which runs down the center of my peninsula (you can read that post at: http://modelingthesp.blogspot.com/2013/12/joining-layout-and-backdrop.html ). Now I want to address the problem that can arise where the layout meets a wall.
Often it is possible to place vegetation, a fence, building flats, or other obscuring elements to hide that transition from horizontal to vertical, and the viewer’s eye does not see it. But if that isn’t possible, other measures have to be taken. I begin by showing the kind of problem I mean. Here is the wall at the end of my East Shumala extension, with some background hills painted on the wall. The Homasote surface almost meets the wall, but a narrow gap remains. 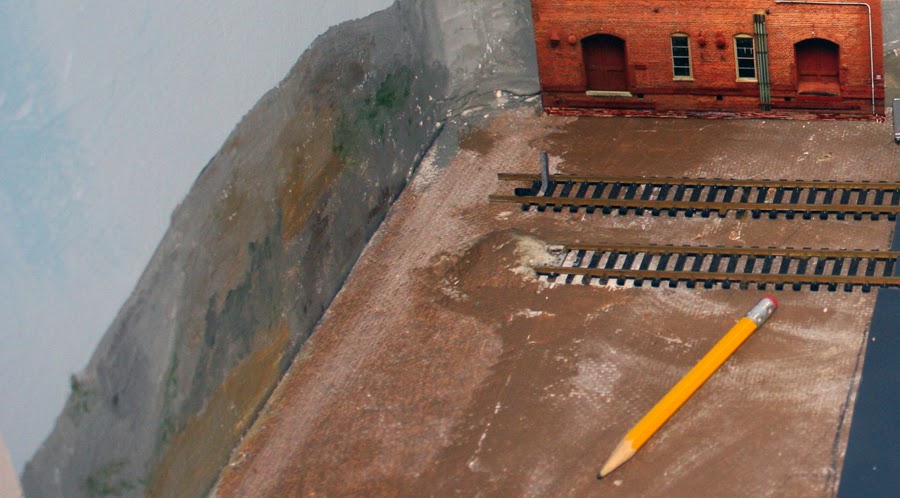 One starting point which helps with everything that follows is to make a small paper mache fillet along the base of the wall, so that the horizontal no longer meets the vertical at 90 degrees, but has a transition in the form of a small curvature. Although it isn’t completely obvious in the following photo that this has been done, note that there is no longer any gap at the interface. The new fillet is light gray in color. 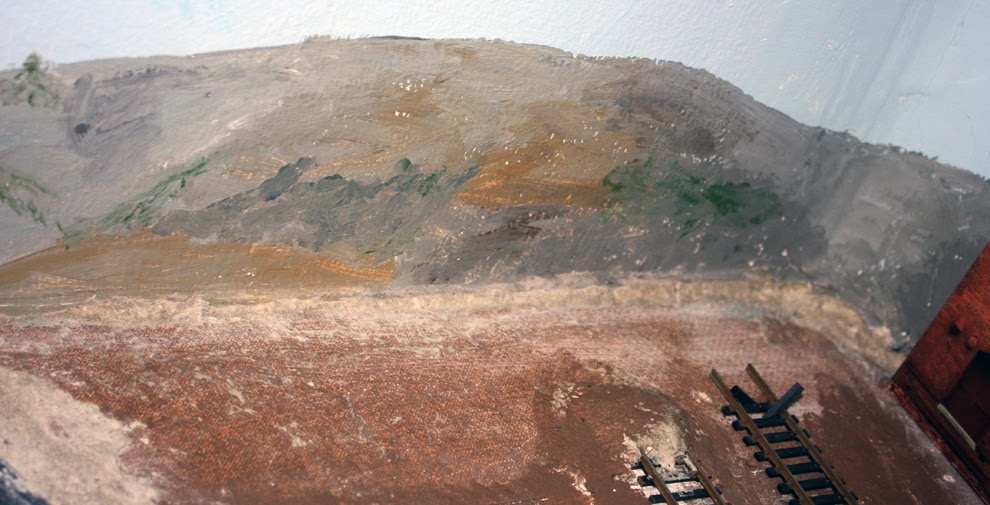 Here I simply used my favorite Brandt’s Paper Mache mixture. I haven’t tried to measure the radius of this small fillet, but I know how big it is, because I drag the ball of my little finger parallel to the joint, to shape and smooth the paper mache. The fillet radius is the radius of my finger.
I can also illustrate this point in the area which will be behind the packing house at East Shumala. No need to fillet the hidden area, but outside the building, I do want to hide the joint with the wall. Here is the transition, from the unmodified area at left, to the fillet at right. 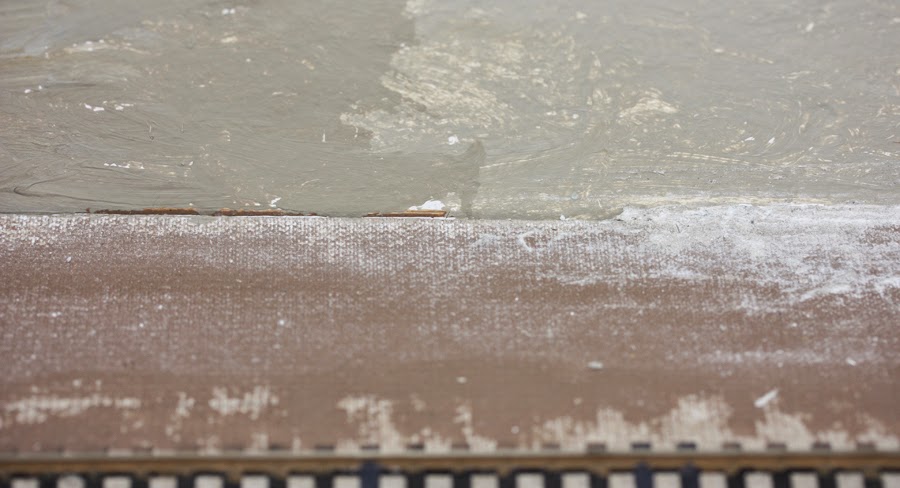 If the fillet isn’t as smooth as I want, I may sand it a little, then it’s painted with the same brown-dirt color as the other layout ground surfaces (I have kind of standardized on the Rust-Oleum acrylic color “Nutmeg”). As can be seen in the photo below, the fillets pretty much vanish when painted, but more importantly, so does any suggestion of a sharp 90-degree angle between wall and layout surface. It’s hard to photograph, but in passing from the horizontal to the vertical surfaces, your eye simply does not encounter any interruption, as it is a smooth, curved transition. In effect, your eye can’t find the “corner.”

Note that the unmodified area which will be behind the packing house is readily identified here (just right of center in the photo), because it has no fillet.
This is just a first step in the painting of the fillet area, and more low vegetation needs to be suggested in the fillet area, along with distant buildings, trees, etc. I will address those steps in a separate post.
Tony Thompson
Posted by Tony Thompson at 11:04 AM