In this series of posts about the shipping boxes used for various kinds of produce, I have shown information for the range of box sizes and shapes of prototype boxes for a wide range of produce in my era (see that post at: http://modelingthesp.blogspot.com/2017/08/produce-shipping-boxes-part-3.html ). I have also discussed model boxes, both individual boxes and stacks; and have devoted some space to description of modifying prototype labels for use on my layout. Those posts are easily found by using the series title, “produce shipping boxes,” as the search term in the search box at the top right of this page.
I now want to show one last example of modifying a produce box label, because it is one that I think does not work — as I decided after I had done  all the work. Here is the original, a striking if somewhat old-fashioned image: 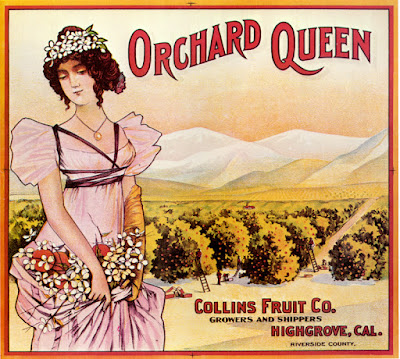 Once again, it was easy to remove the Collins Fruit Co. packing house name and substitute the name of my layout fruit company: 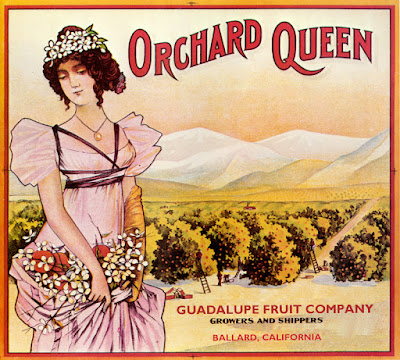 Looks nice, I thought. But when reduced to HO scale and assembled into a stack, the colors are just too pale and uniform. You can see that in the grouping below, though this image is not as small as the HO version. 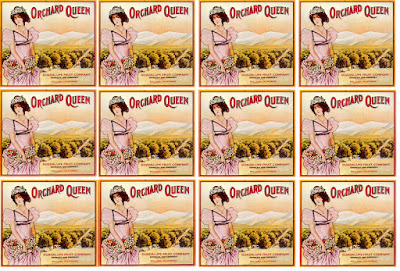 I decided to go ahead and make a stack with these labels, just for variety, but this particular label really does not do what I wanted. You can see below that my expectation, that the color and pattern were simply too subdued, is fully borne out when the stack is in place on the Guadalupe Fruit Company loading dock. 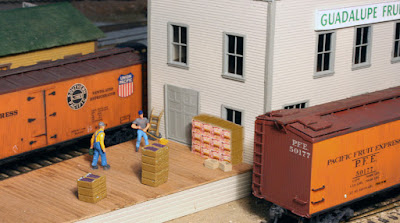 Finally, I want to show one last example of a label which can readily be used in model form, but one which needs no modification to its lettering (I’ll explain why below). This one also is from an original in my collection, and has considerable generality in its broad term “vegetables,” instead of naming a particular vegetable. 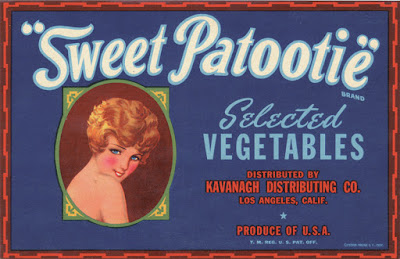 Some brokers and wholesalers maintained their own brand names, and would arrange to have their labels applied at the packing shed. So a label like this, for a Los Angeles distributor, could well show up on loading docks in growing areas. I will probably make a stack of model boxes with this label.
As I progress with my box projects, as I have been describing in this series of posts, I continue to try and create realistic loading dock details. These shipping box labels are only part of what is needed for those realistic details.
Tony Thompson
Posted by Tony Thompson at 10:50 AM