Once again, the “freight car faithful” gathered at Cocoa Beach, Florida, last week, for the 2019 meeting of Prototype Rails. Since the first of these meetings was in 2001, this was the 19th meeting. Mike Brock and his experienced crew always keep the event running smoothly. I have attended all, or certainly nearly all of these meetings, and have greatly enjoyed every one. Last week was no exception. Attendance was about 240, which is about average for this meeting.
The Cocoa Beach Hilton is a fine venue, and its ballroom is always an important focus for the event, with ample space for vendors, a large N-scale layout, and lots of models on display. Below is a snapshot of the crowd browsing the vendor tables and examining models. 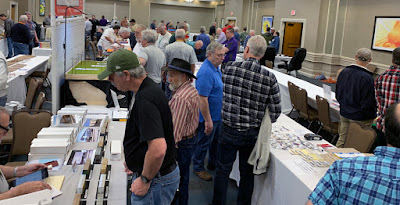 An equally important part of the meeting, to me at least, is the clinics. The program is always strong, and seemed to me and others to be especially good this year. One I enjoyed was Bill Schneider’s talk about Rapido Trains: its models and its manufacturing adventures in China. He mentioned that their recent run of NP box cars sold out at Rapido in three days! Here is Bill about to begin his talk. 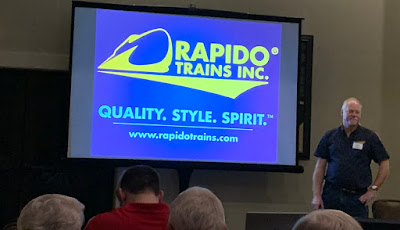 The model displays are an important attraction, and there were lots of fine contributions, as there usually are. One I especially liked, because of its faithful reproduction of a prototype photo, was this box car by Butch Eyler, with photo provided. I would call this excellent modern modeling. 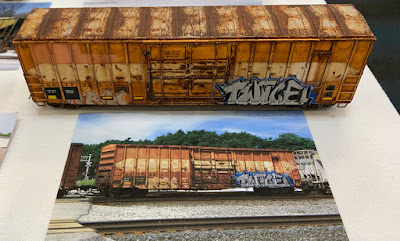 Another good example that I enjoyed was Steve Orth’s group of Union Pacific passenger cars. The one shown below, Portland Club, is illustrative. The model was built from Model Die Casting “Harriman” car sides, spliced to get the right window arrangement, with MDC and Branchline ends and a Branchline roof. The underframe was modified from Branchline parts. It also has a full interior.  The prototype operated in UP’s Portland Rose train. You can click on the image to enlarge if you wish.

A really nice display was provided by Steve Hile, as a supplement to his fine clinic on Warren tank cars. The five models he has done (or nearly done, in one case) were shown, plus two domes in work, along with text explaining the prototypes and the modeling. Excellent presentation. 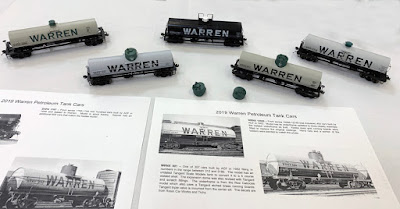 Lastly, on trips I often buy a souvenir T-shirt, though never (so far) at Cocoa Beach. But in a shop window I saw one that was terribly tempting. Maybe next year. 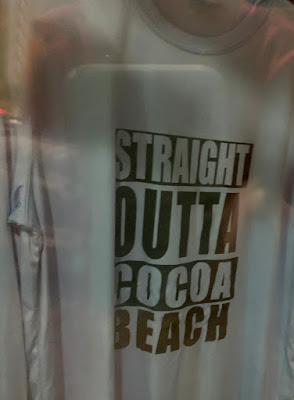 As you can probably tell, this meeting is a “must attend” for me every year. If you have never been to it, mark your calendar now for the second weekend next January. I am certain you would like it.
Tony Thompson
Posted by Tony Thompson at 9:04 AM