My next step with waybill stamps was to create some images I could use on model waybills (I have previously described how I do this in Photoshop, and it may well be possible in other graphic applications; that post can be found at this link: https://modelingthesp.blogspot.com/2020/10/waybills-part-73-creating-rubber-stamps.html ).  The previous post about prototype stamps is located here: https://modelingthesp.blogspot.com/2021/02/waybills-part-80-scale-weights.html .

One stamp I especially wanted to make was the red WWIB stamp, which was taken from a waybill in Andy Laurent’s collection, the one I showed previously at: https://modelingthesp.blogspot.com/2021/02/waybills-part-79-weight-stamps.html , where I included this red stamp on its waybill. As usual, I cleaned up the background waybill lines and text, leaving only the stamp image behind. Here it is, “as cleaned,” as I might say. 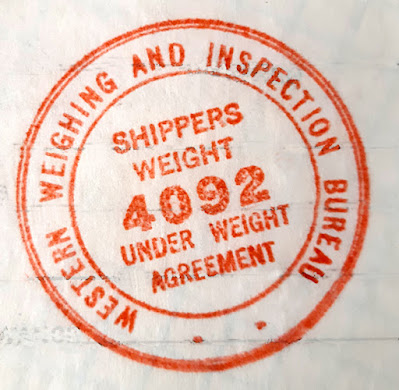 Then this image is placed on an added layer in Photoshop, and the background deleted, leaving the red parts on a transparent background. This image can then simply be pasted on top of a waybill image, since my waybills are all tiff images. Here is an example of using this stamp image. (You can click on the image to enlarge it if you wish.) 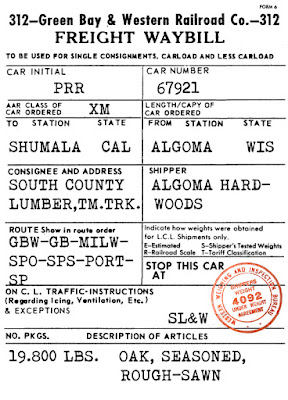 I also wanted to make a couple of Trans-Continental Freight Bureau (TFB) stamps, because that was the West Coast bureau. (In earlier posts, I discussed the various regional Weighing and Inspection Bureaus, or WIBs.) The post showing an example of a TFB stamp is available as my Part 80, the second link provided in the first paragraph of the present post. Here is that stamp, cleaned up; note that the stamp looks like it “bounced” a little, giving a slight double image in places, and no image in others. An excellent bit of realism! 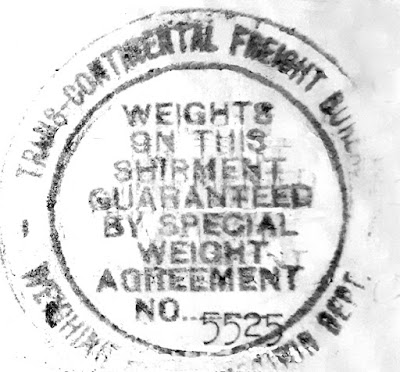 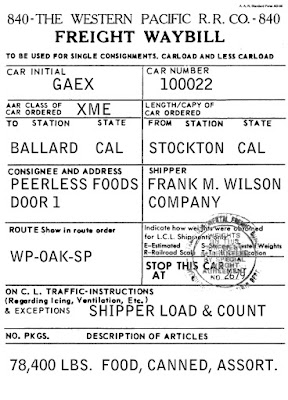 For one final example, here is the EWIB stamp shown in the previous collection (see link in the second paragraph of the present post). The purple ink makes it distinctive. 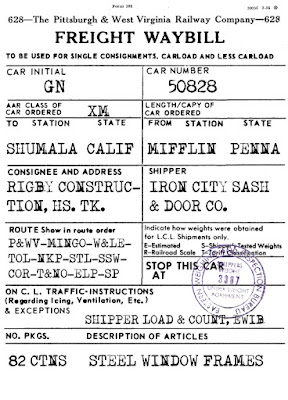 These efforts to create images of rubber stamps to add to waybills certainly can enhance model waybills, bringing them one step closer to the prototype, which, as I’ve shown,  often carried stamps just like these.