I described some of the features of this annual meeting of the SP Society in a previous post, concentrating on the model display (here’s a link: http://modelingthesp.blogspot.com/2014/11/the-sph-meeting-san-luis-obispo-part-1.html ). In this Part 2, I will describe some things ourside of the meeting.
On the way down to San Luis Obispo, my wife and I enjoyed one of the really pleasant lunch spots at Paso Robles, the Firestone Walker brewery. They have a nice Tap Room and a good, diverse menu, along with some excellent beer varieties. This was not my first visit and I hope far from my last. 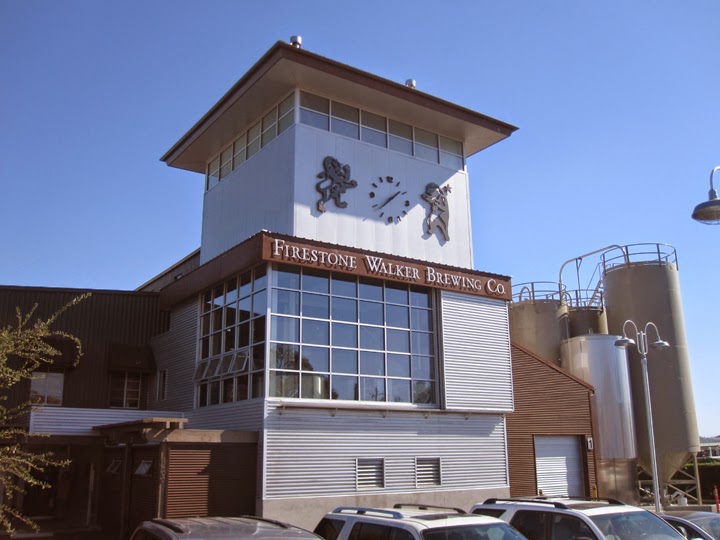 A highlight at San Luis Obispo was a visit to the newly opened Railroad Museum in the old SP freight station. They have done a superb job of retaining much of the look of the old interior, while placing exhibits which convey the story of SP’s place in town history. Of course there was also at one time another railroad, the Pacific Coast narrow gauge, and they have not neglected it. In fact, right outside the museum is a preserved PC box car, shown here with me in the foreground. 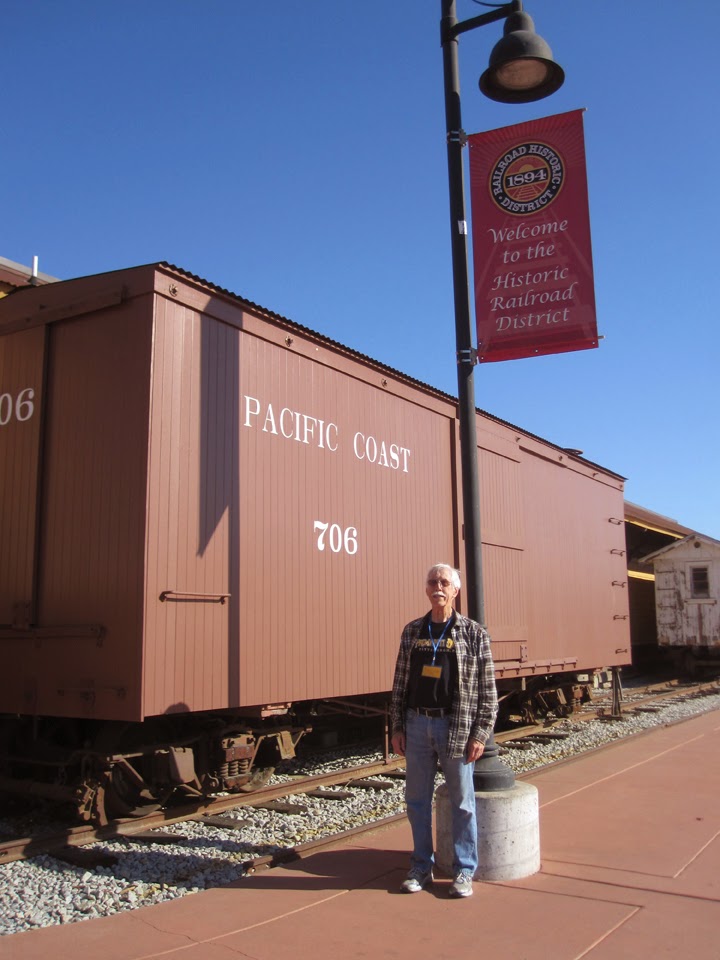 A real highlight inside is an HO scale layout, still in the early stages but progressing very nicely. Already completed is a fine version of the PC pier at Avila (just a few miles from San Luis), as shown here. Andrew Merriam has done much of the backdrop work as well as contributing to the modeling. 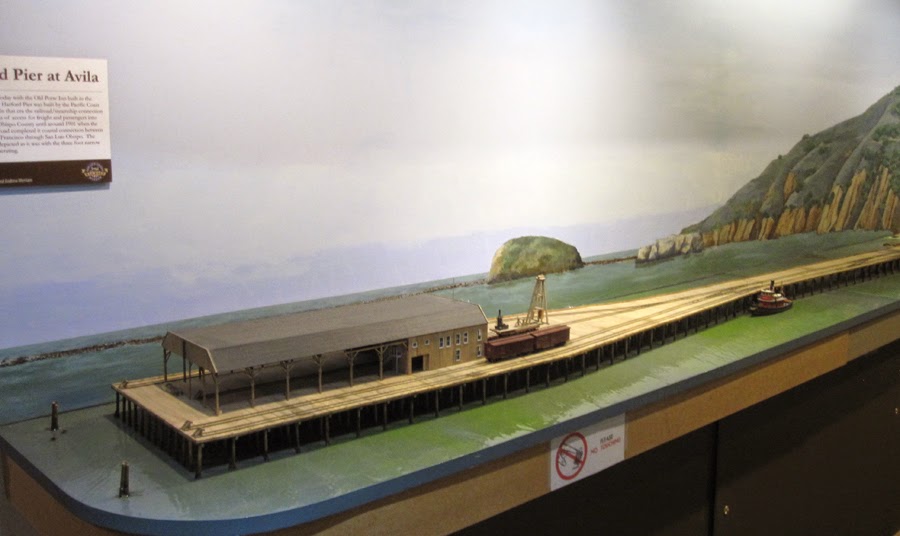 Incidentally, the prototype of this pier still stands, though repaired and modified over the years, and one evening a group of us went there to the restaurant which now stands on the outer end of the pier (under the roof you see above) and had an excellent meal.
The layout naturally does not neglect the Southern Pacific, though to date there is only the beginnings of familiar San Luis scenes. What is present, though, is of very good quality, as you can see in this view. 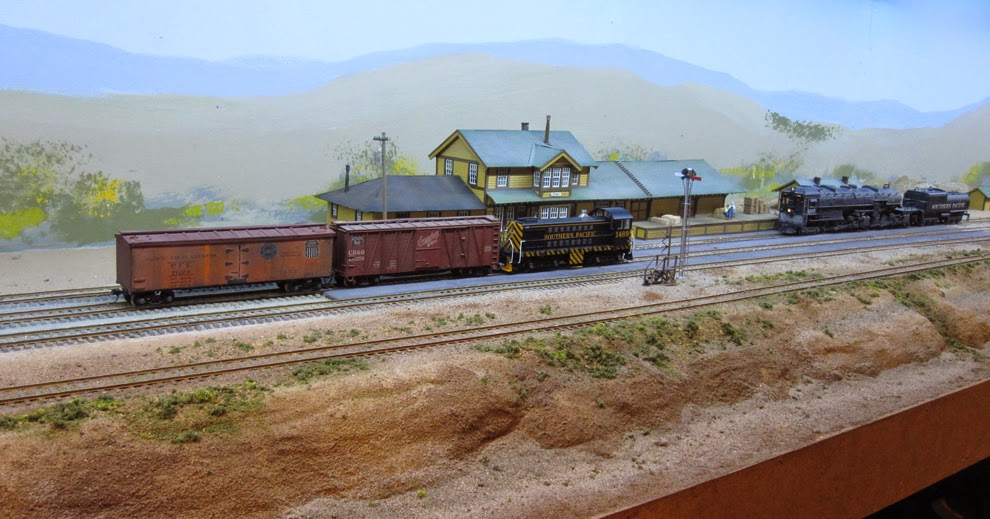 The visit to San Luis Obispo had, as you can see, many attractions beyond just the headquarters hotel for the convention. It’s a very pleasant place to visit. I emphasized the same point in describing my attendance at the spring 2014 convention of the Pacific Coast Region of NMRA in the same city (you can see it at: http://modelingthesp.blogspot.com/2014/05/the-pcr-nmra-meeting-in-san-luis-obispo.html ).
Tony Thompson
Posted by Tony Thompson at 11:27 AM