There are two additional aspects of this particular Annual Meeting that I want to present in this third post. (Here is a link to my comments in the second post: http://modelingthesp.blogspot.com/2014/11/the-sph-meeting-san-luis-obispo-part-2.html .) One additional topic is the invited talk I presented. Given the theme of the meeting, “Decks over Cuesta” (see convention logo below), I was asked to talk about transition-era operations, both in San Luis Obispo itself, and particularly on the westward climb over the Santa Lucia Mountains. 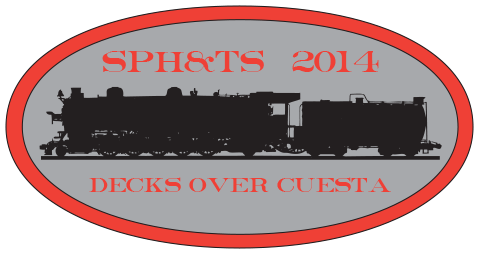 My talk had the title just described, and this photo by convention photographer Mike O’Brien shows me about to be handed the microphone to begin my talk, with the title slide on the screen behind me. The talk was given twice, both times to pretty large audiences. 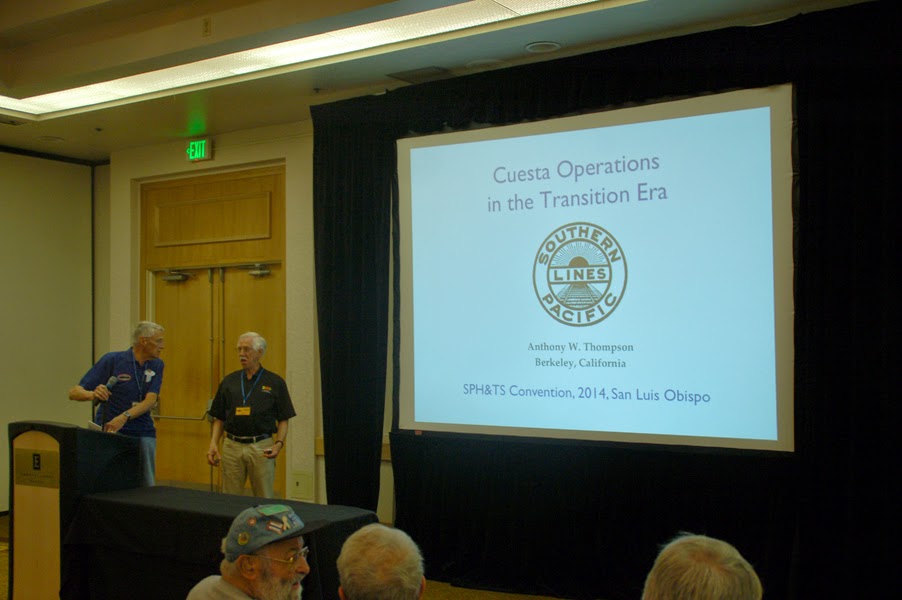 The other event was something I felt was a great honor, my receiving the Society’s Guy L. Dunscomb Award, given for “outstanding achievement towards the preservation of the history of the Southern Pacific Railroad and it subsidiaries.” The award was presented during the banquet on Saturday night, and the award winner was introduced by Paul Koehler. Here is Paul at the left, having just handed me the plaque (again, a Mike O’Brien photo). 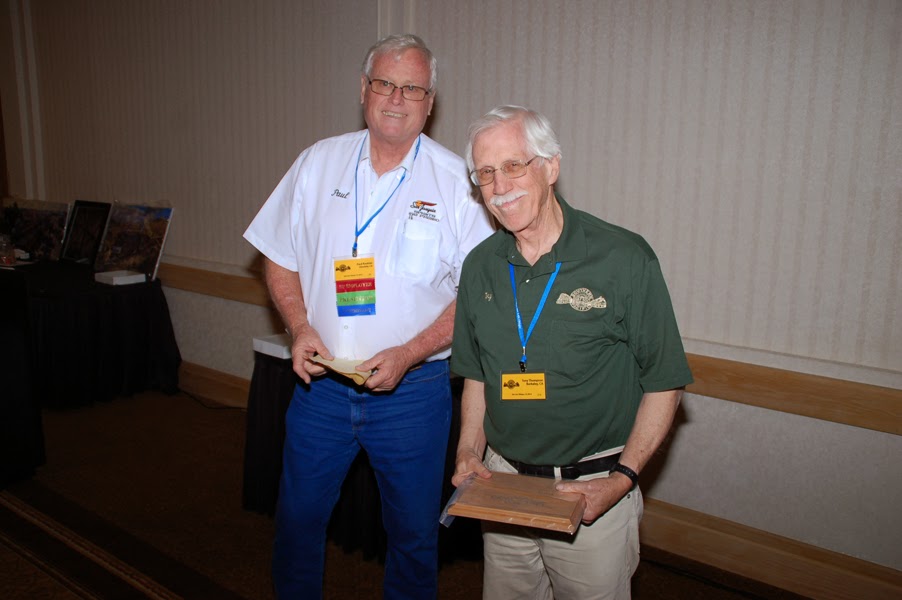 The award itself is shown below. Many eminent Southern Pacific historians have received this award over the years, and I am delighted to be thought of as suitable to join their ranks. 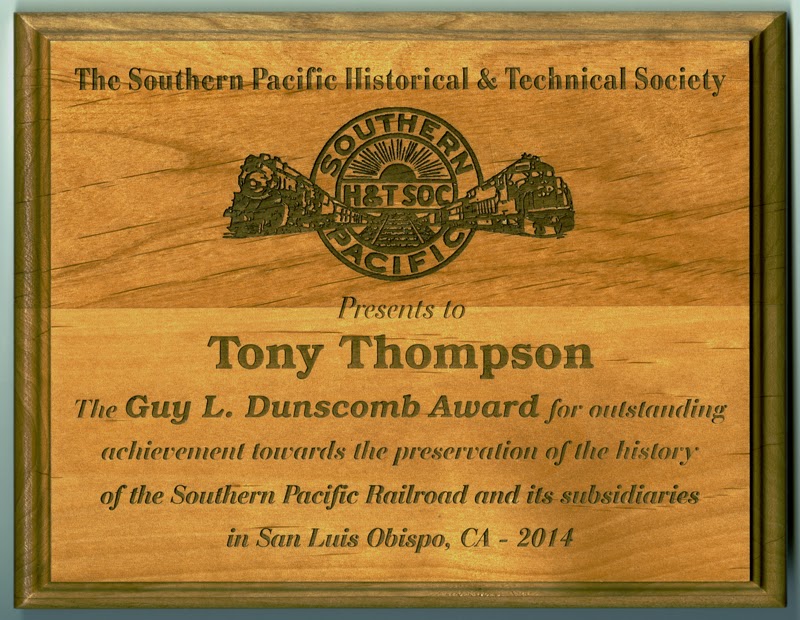 I was then given the opportunity to say a few words, and I spoke about the things I believe are important about historical preservation, particularly the view that modeling accuracy can only advance when it is preceded by, and stimulated by, the dissemination of accurate prototype information. Such dissemination then becomes the responsibility of individual historians and of historical societies like the SPH&TS. That is, preservation is only effective if accompanied by dissemination. This is a view I have long held, and it was much reinforced by my good friend Richard Hendrickson, whom I thanked in these comments. 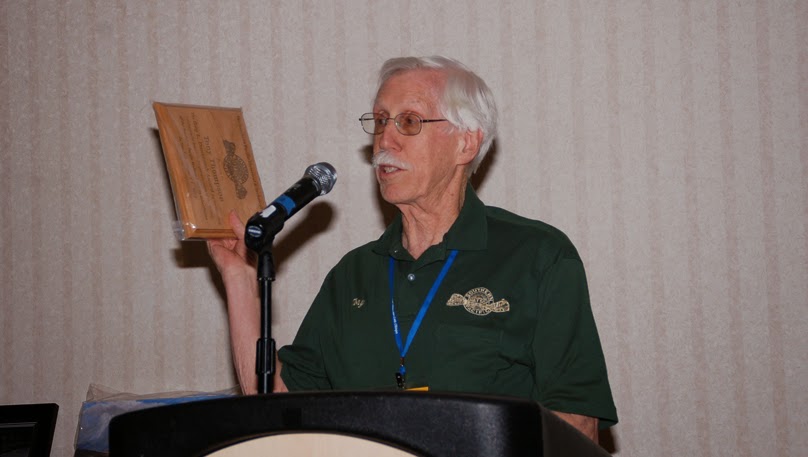 I am proud to have been selected to receive this award, and believe it is consistent with my own seriousness about railroad history. I thank the Society and its Board of Directors for choosing me as the awardee this year.
Tony Thompson
Posted by Tony Thompson at 10:39 AM