I have always been intrigued on layout visits to see industries which from the layout aisle are cutaway or one-wall, open-interior buildings which you view from inside, looking out through the loading doors, for example the hardware warehouse on David Doiron’s layout in Phoenix, Arizona (I showed a photo of that structure in my post about operating on that layout, http://modelingthesp.blogspot.com/2012/11/layout-visit-interesting-industries.html ). This is not a new idea, of course; I also clearly remember an interesting article in Model Railroader, way back in 1993, entitled “Build a see-through freight house,” by John McKeeman (August 1993, page 64).
Probably it comes as no surprise that my plan to have two packing houses at my layout town of Ballard was running afoul of sheer space limitations. But the cutaway or front-wall-only design held out the possibility of an industrial structure with no footprint on the layout other than its loading platform. The idea is kind of like a flat, except at the front edge of the layout instead of against the backdrop. Model structures like this are sometimes called “fascia flats” to describe their location.
In fact, using a vertical sheet of clear plastic as the “structure,” I would only need to create the inside of a wall (on the layout side of the plastic) and add a platform. The interior wall could be sheathed or even plastered, but it would be more interesting to show it as open framing. Doing that means that you have to get the framing details correct. For anyone not entirely up to speed on construction details, there is a superb book out there, Building Construction Illustrated, by Francis D.K. Ching, originally from Van Nostrand Reinhold and now a Wiley book (available in paperback or e-book format: http://www.wiley.com/WileyCDA/WileyTitle/productCd-1118458346.html ). This is how the current 5th edition looks. 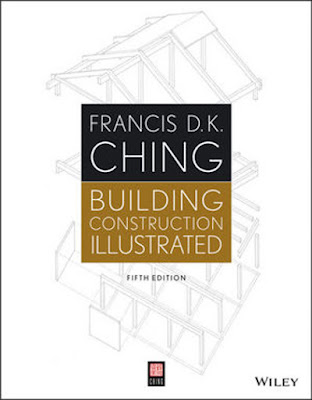 The background drawing on this cover illustrates the kind of material in the book. With this kind of book in hand, I felt confident I could do accurate framing, but so far I still have not made a final decision whether open framing is the appearance I want.
Whichever interior wall treatment I choose, I have enough space to include a little of the inside floor of the structure, thus permitting stacks of shipping boxes and similar details. I plan to make up some HO scale packing box labels to enliven the boxes. Here is one of the vegetable labels used by the prototype Western Packing Company. Reduced to HO scale, I think these will look fine on boxes. 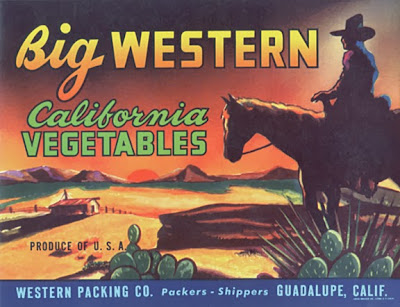 This is not the only label used by Western Packing, but it is a colorful and appropriate one that I can use on a loading dock.
That said, my first step was to acquire the piece of clear plastic for the layout edge. I can’t speak for other parts of the country but here on the West Coast, we have TAP Plastics. They not only sell all kinds of plastic in sheets and other shapes, but will both custom-cut to size and also edge-polish (for a fee, of course). I went ahead and ordered a suitable piece of 1/4-inch acrylic about 4 x 14 inches to provide plenty of space for the packing house, allowing for the width of the fascia alongside the future location of the packing house. And the 14-inch length was chosen to allow spotting of three reefers at once for loading.
So with a size chosen, plenty of space on the relevant spur track, and an idea of what I want to build, along with that critical piece of clear plastic, I think I am about ready to go ahead with this project. More later.
Tony Thompson
Posted by Tony Thompson at 11:29 AM